After winning the 'Our Sun' category of Astronomy Photographer of the Year 2020 I was sad not to be able to attend the awards ceremony at the Royal Greenwich Observatory in London and see the exhibition there. But what a surprise in May to be contacted by Jodrell Bank, which is only a few miles from home, to say they were displaying all the images there. It is a very special place for me as I have been visiting since a young child and it is part of the reason why I am so interested in astronomy. I would never have imagined as a small child that one day my image of the Sun would be displayed in the proximity of this great radio telescope. 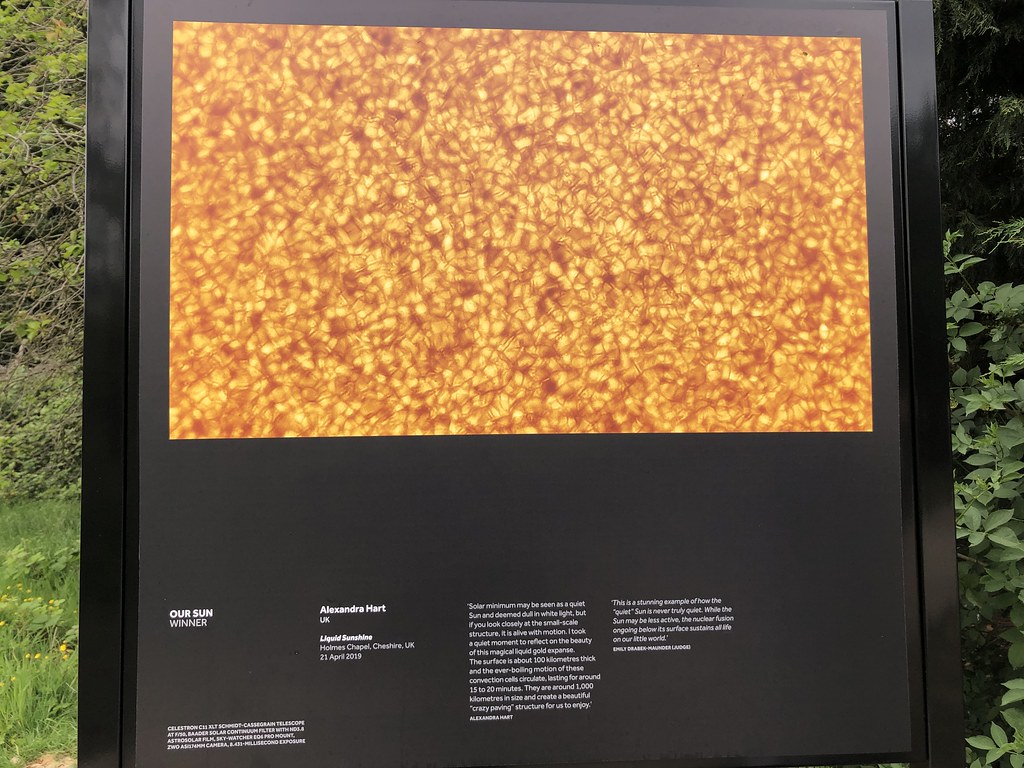 In true UK style it had been glorious weather up until the 10th June, but I awoke to grey and miserable skies. The weather forecast had always suggested the cloud would burn away and would clear by mid morning so I remained hopeful. I could see on Sat24 a patch of clear weather heading my way but by the time of first contact (the Moon's limb touching the Sun's limb to start the eclipse) it was still cloudy. I sat and watched the live feed from Edinburgh University and pretended I could see it. 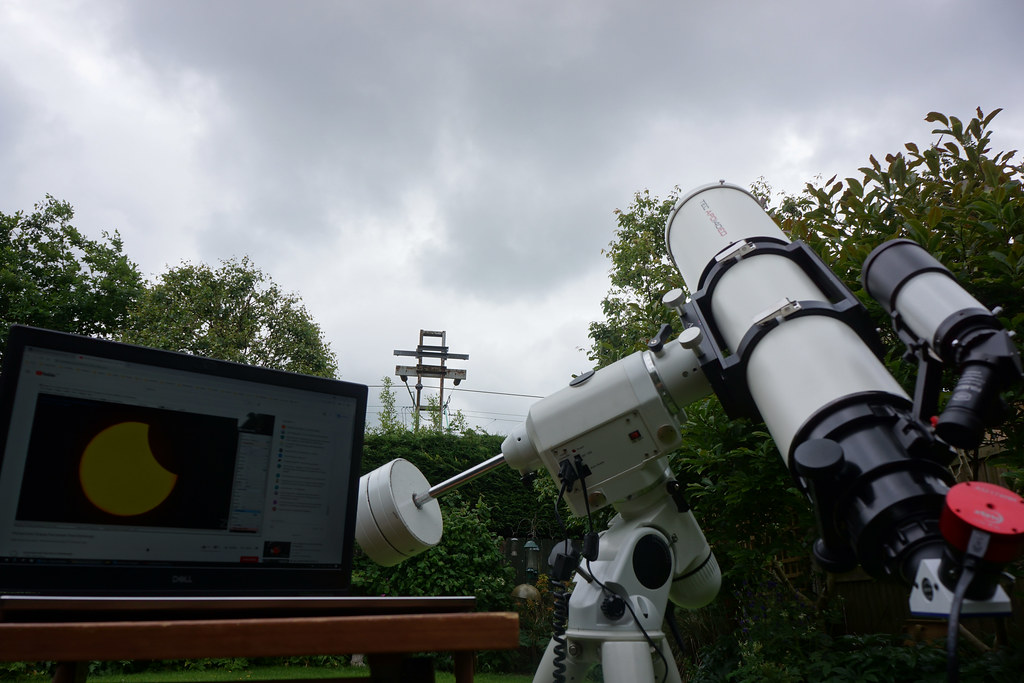 During December 2020 we had a very rare visible conjunction of Jupiter and Saturn. The first good visible view for 800 years. Of course Jupiter and Saturn didn't really come close together, but a line of sight effect from our view from Earth. The closest apparent distance was the 21st December but due to cloudy skies (of course) my closest image was the 20th December 2020 instead.

Here is a sequence of images during December at sunset from my bedroom window. I used ProDigital StarSpikes Photoshop plugin to enhance Jupiter and Saturn so that you can see them easier. The larger is Jupiter, the smaller Saturn. 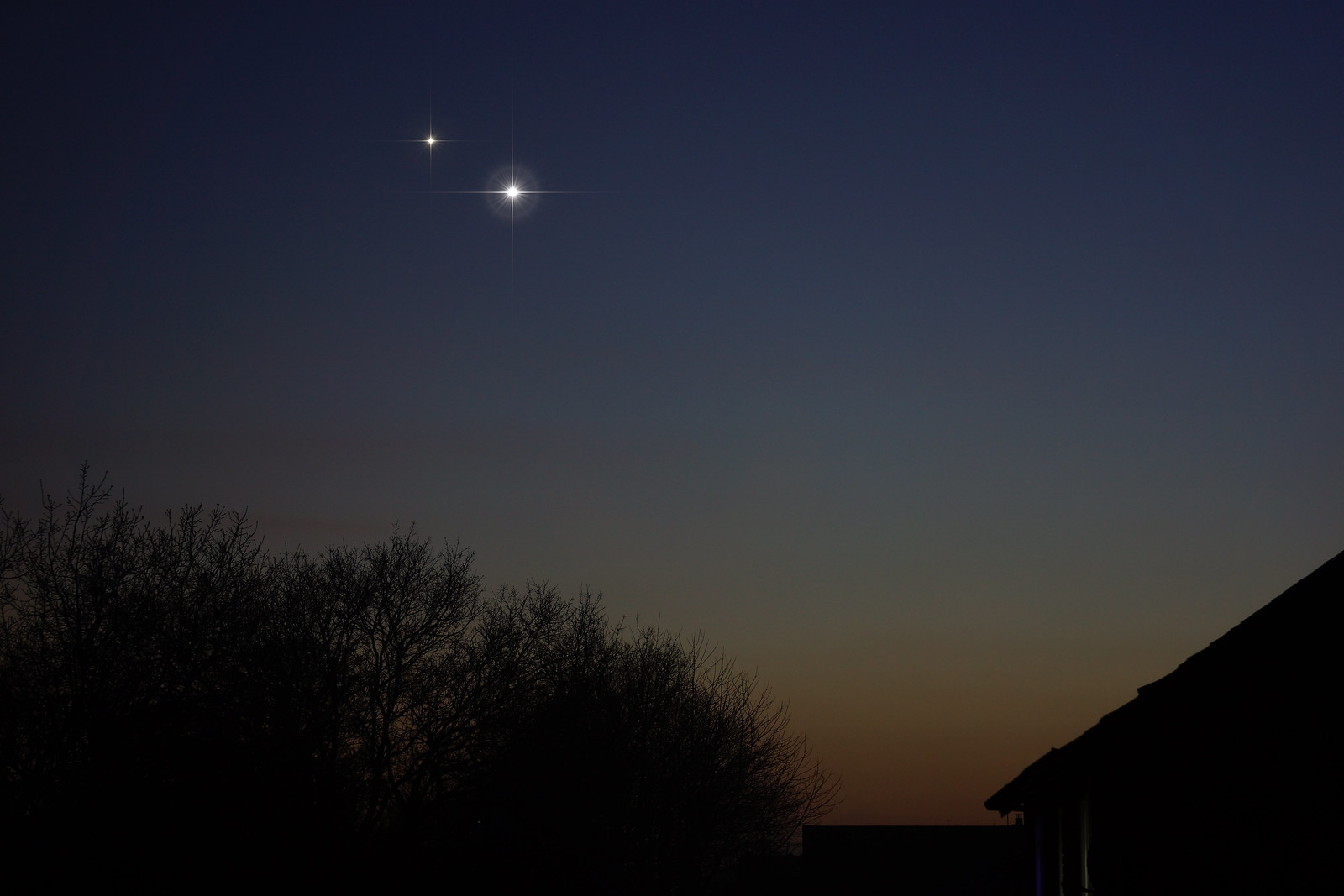 On Thursday 10th September I attended the virtual Royal Greenwich Observatory awards ceremony and I won the Our Sun category. I am so happy! here is the winning photo 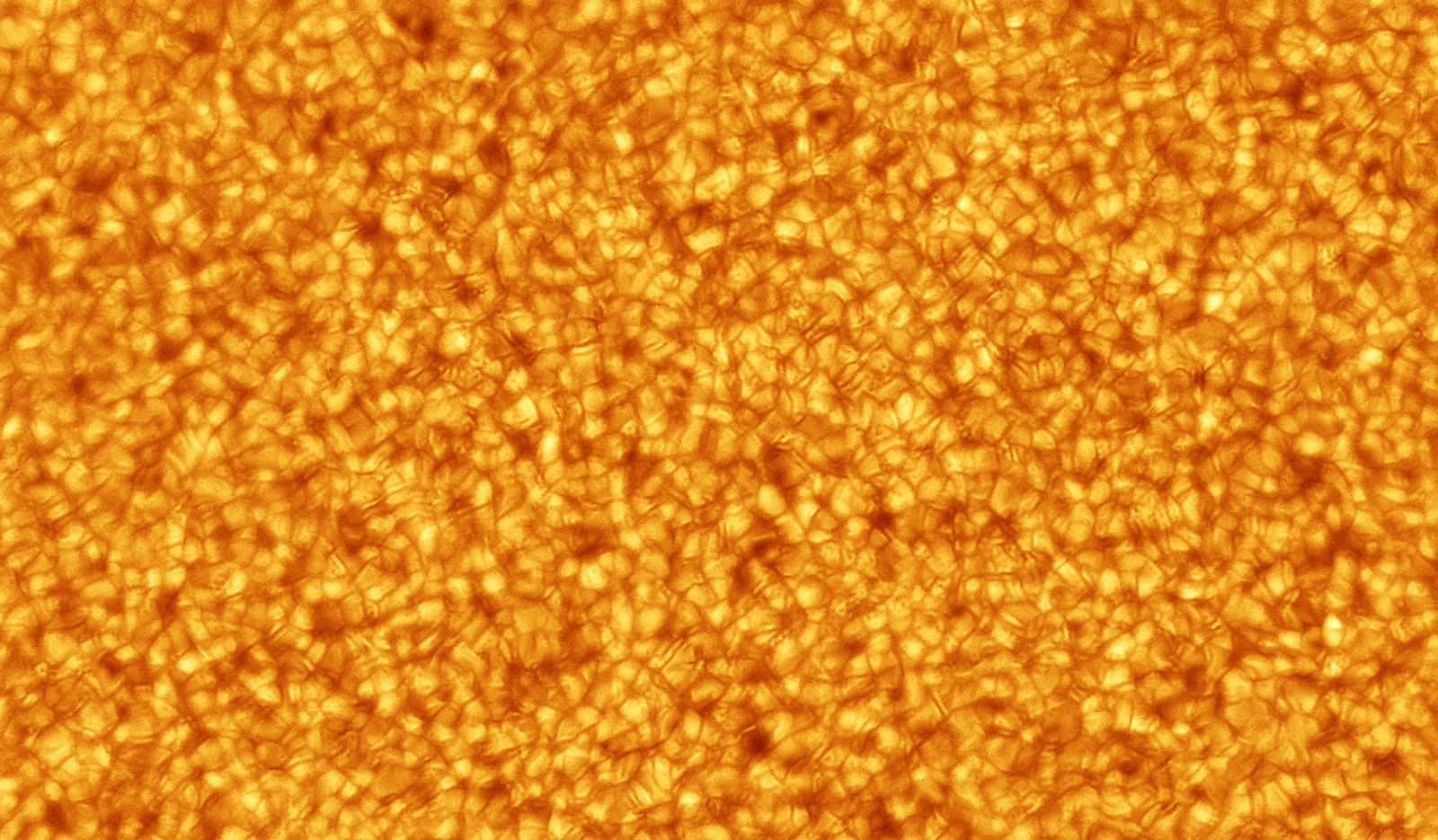 This summer the Noctilucent cloud season has been spectacular especially as during the height of the season we were graced by the most beautiful naked eye comet for 20 years. It came and brightened and then dimmed again all within a couple of weeks.

It was wonderful to get up in the night at 2.30am and wander the streets alone to my favourite place in the cow field near my home and enjoy the celestial show in peace and quiet. I will never forget this summer.

Back in 2016 I set myself a challenge to take an image every weekend at exactly 11am (GMT) or 12pm (BST) (to the second) from exactly the same place and the same camera angle to get an accurate position of the Sun. I used an electricity pylon to accurately align the camera and always placed the tripod on markers to get an accurate position. It was more of a challenge than I expected with lack of sunshine and holidays. Finally after 4 years of work I have filled the gaps and managed a solar analemma. 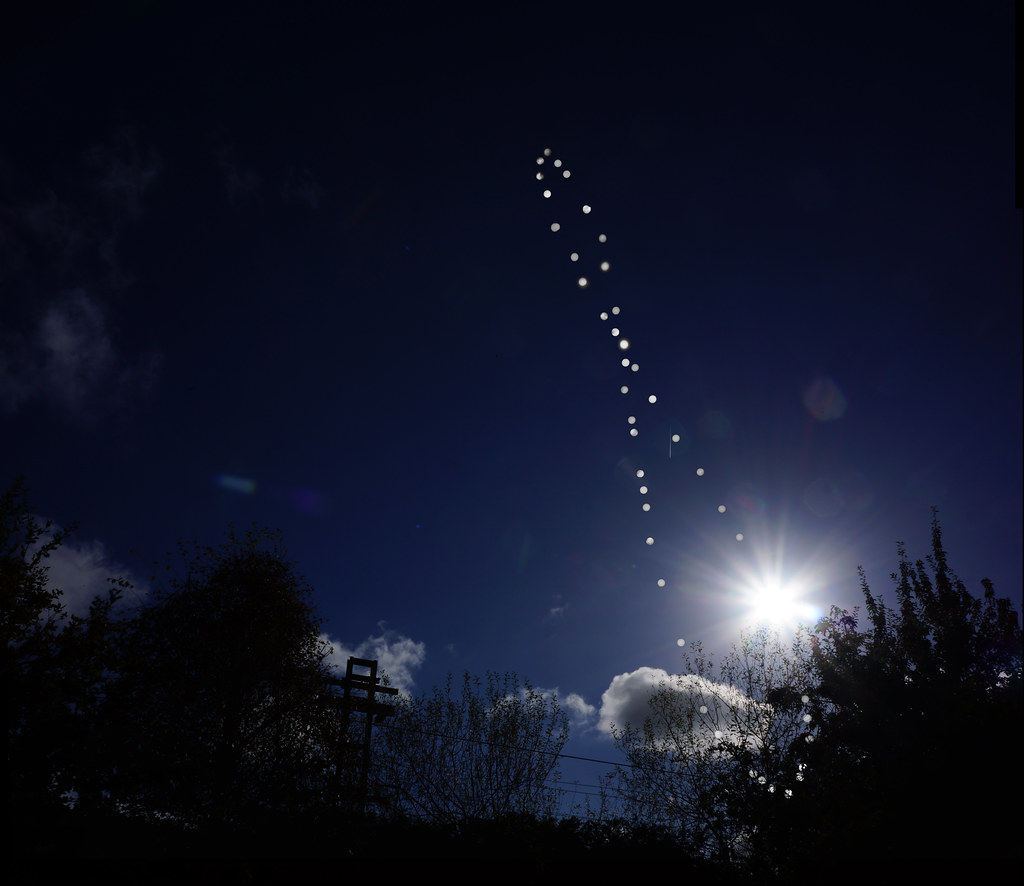 On the 14th September 2019 we were travelling home from France on the late ferry across the English Channel. I had heard word from a fellow astronomer that conditions to view the elusive green flash at sunset were good as he had seen it the night before.
I had the camera on the hand rail of the ship (cross Channel ferry) and kept clicking (hopefully in the right direction) but watched the sun set with my eyes. I witnessed with my own eyes the green flash for the first time. It was an intense green sparkle like a flashing green diamond, it was breathtaking but lasted only a second. A wonderful experience! thankfully I also had a photo but I think the witnessing by eye was far better. 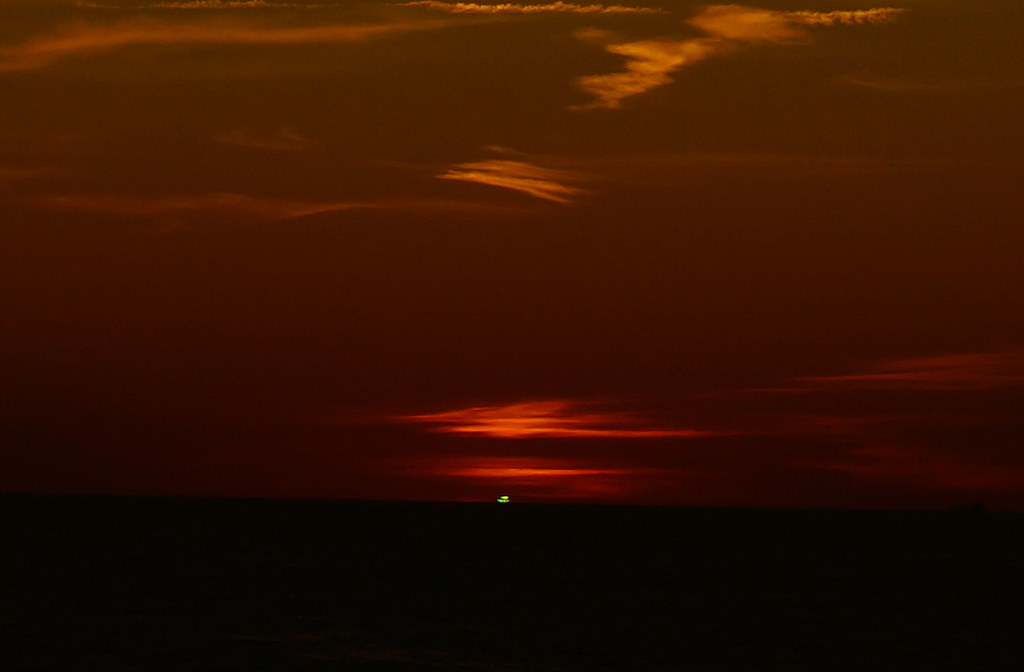 I have always loved seeing images of galaxies and nebulae but unfortunately I do not have the correct equipment to be able to do this at home. I also live in Cheshire with possibly the worst light pollution, not to mention my neighbour who lights his entire house up every night and all night for some unknown reason. It was great to get the opportunity last week to escape from the UK and visit a friend in Spain. The days and nights being clear blue every day and the mountains of Andalusia being free from light pollution. 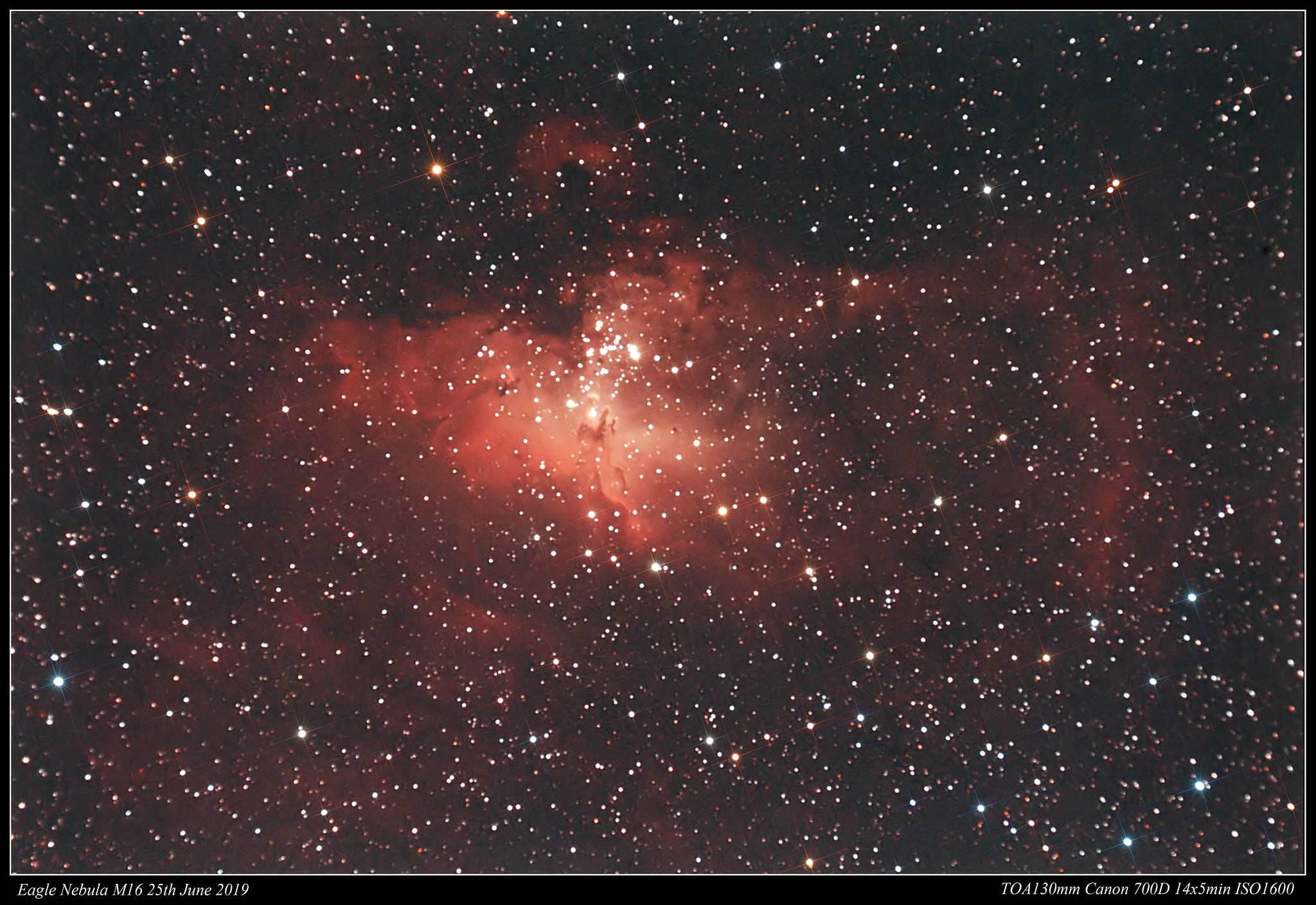 It was my first time at a Star Trek convention on Saturday. It was interesting, crowded and strange. It wasn't what I expected but I have sort of warmed to it after the event. I don't know what I was expecting really. I was amazed to see so many Star Trek actors, all looked happy and were so welcoming and friendly. There were also a lot of folks dressed up in costume too, some were absolutely fabulous and must have put so much effort into achieving such a good look. My main mission was to meet two women of Star Trek that have always inspired me. The first was Nichelle Nichols (Uhura - Star Trek Original series), she paved the way for equality in Sci-Fi at a time when women were usually used as decoration. The second was Kate Mulgrew (Captain Kathryn Janeway - ST Voyager) the first female captain of a Starship. Sadly Nichelle Nichols was unwell and was unable to turn up on the Saturday that I was there, well, she is 85 years old bless her. So here is my encounter with Captain Janeway, she was absolutely lovely. 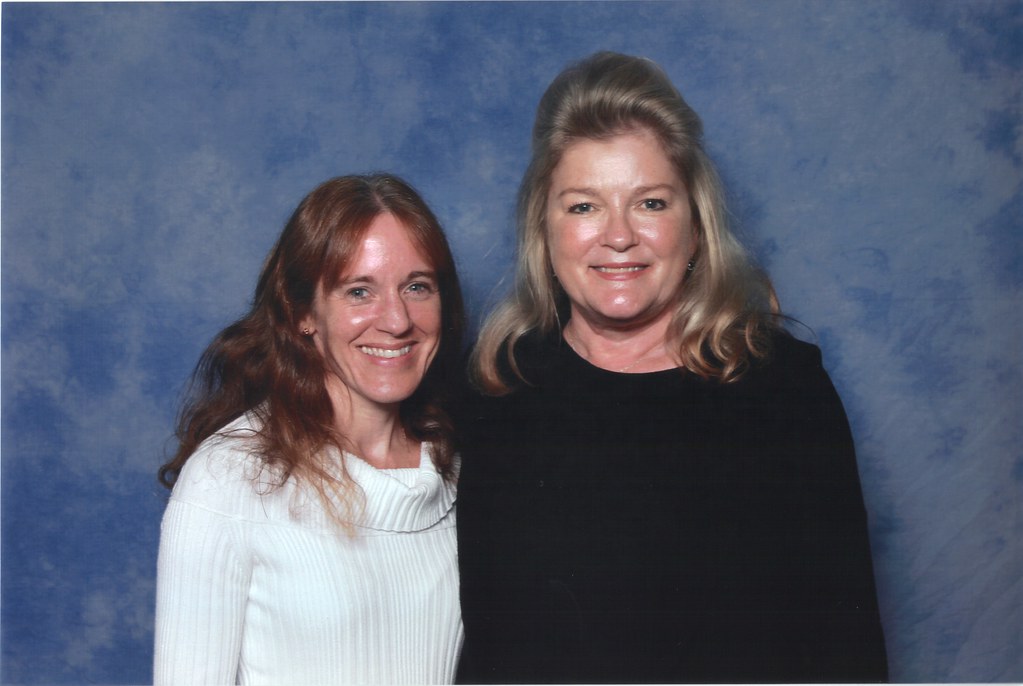